Housing Shortage of Epic Proportions in the US 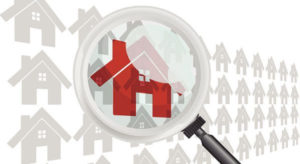 The United States is currently experiencing a housing shortage of epic proportions.

The Joint Center of Housing Studies (JCHS) at Harvard University recently released their 2017 State of the Nation’s Housing Study, and a recent blog from JCHS revealed some of the more surprising aspects of the study.

The first two revelations centered around the shortage of housing inventory currently available in both existing homes and new construction.

“For the fourth year in a row, the inventory of homes for sale across the US not only failed to recover, but dropped yet again. At the end of 2016 there were historically low 1.65 million homes for sale nationwide, which at the current sales rate was just 3.6 months of supply – almost half of the 6.0 months level that is considered a balanced market.”

“Markets nationwide are still feeling the effects of the deep and extended decline in housing construction. Over the past 10 years, just 9 million new housing units were completed and added to the housing stock. This was the lowest 10-year period on records dating back to the 1970s, and far below the 14 and 15 million units averaged over the 1980s and 1990s.”

Colorado is no exception. There is a major apartment and housing shortage, that is only projected to get worse over time.

The biggest challenge in today’s market is getting current homeowners and builders to realize the opportunity they have to maximize profit by selling and/or building NOW! Realtors, work with the Eusea Team to help your clients take advantage of the hot Colorado market and historically low rates.

Homeowners, don’t miss this golden opportunity! If you’re thinking of selling your home in these good market conditions, contact The Eusea Team in Northern Colorado first! We’ll help you prepare upfront to be in a position to buy your next place with equity leveraging, potential waiving of contingencies, and get you GOLD CERTIFIED! Contact us to learn more.

What Would Make You Sell Your House?

Will Your Side Hustle Buy You a House This Year?

Females Are Making It a Priority to Invest in Real Estate!